Aillettes were leather or wooden boards tied to the upper arm of the hauberk, bearing the knight's arms (or part of their heraldry). They were widely used in the thirteenth and earlier fourteenth centuries. They probably offered little protection as armour, but they allowed the knight to be identified from the side - and showed off his arms from a different angle. 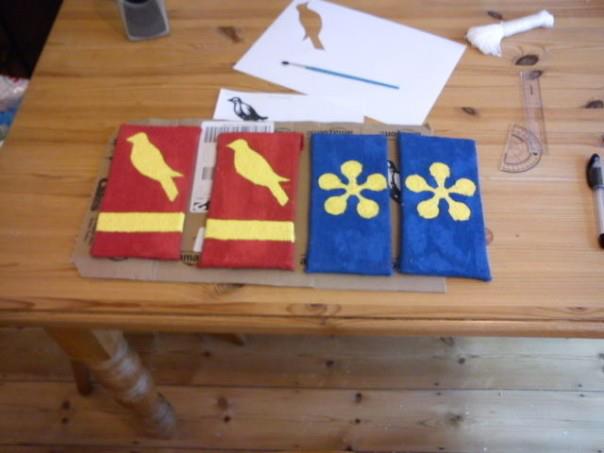 This late thirteenth-century knight's aillettes, surcoat and heater shield all display his coat of arms. 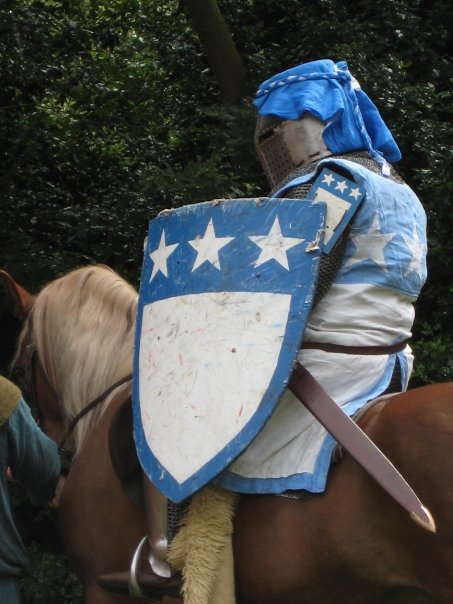