By the twelfth century it was normal for wealthy warriors to wear padded under-armour beneath their mail shirt. Exactly when this became the norm is unclear. The mid-eleventh century saw a series of changes to armour design, with hauberks getting longer, and this is a plausible period for padded under-armour to be adopted.

Under-armour padding should be made in the same way as a gambeson and may either be roughly the same size as the armour to be worn over it, or else knee- and elbow-length (depictions of belt-length armour over a knee- or mid-thigh-length gambeson are common, particularly in the tenth century). The neck should be round and quite close fitting. The akheton may be split full length at the rear and fixed with a series of leather ties, which should be threaded through leather patches to avoid the material tearing or fraying. The last tie should be just below the wearer’s bottom giving an effective rear split.

To keep it light while still offering some protection, the akheton should be stuffed with cotton 'tow' (the stuff quilts are filled with). The outermost layer should be calico or linen. Stitchwork or patterning may be in vertical lines forming tubes 2-4” wide or diamonds.

Note that gambesons worn on as armour their own in the twelfth century onwards seem to have been in vertical tubes, and not diamond-pattern stitching. Making akhetons as vertical-tubed will allow much more versatility.

The surviving arms of Edward of Woodstock ('the Black Prince', 1330-76), preserved in Canterbury Cathedral, including an akheton. 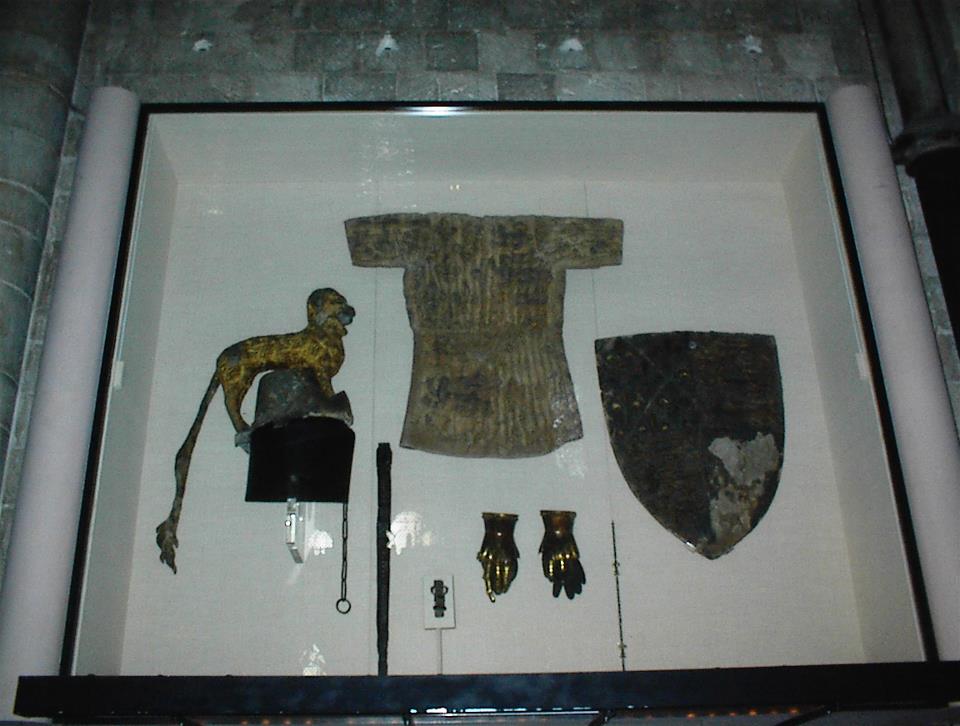