All arrows and bolts to be used in combat must be fitted with rubber 're-enactment blunts' over a flat end.

Arrows should be long enough to be drawn to the chest. 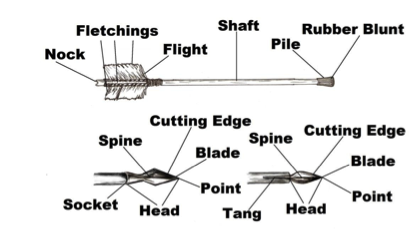 Blade - the part of the weapon from the socket to the point on a sharp arrow head.

Blunt (rubber) - that which should be placed at the business end of an arrow, also known as a pile.

Cutting edge - the narrow side of the blade from the socket or tang to the point and back to the socket on a sharp arrow head.

Fletching - the feathers at the rear of the arrow.

Flight - an individual feather that is part of the fletching.

Head - the whole of the metal part of the weapon.

Nock - the groove cut into the top of an arrow.

Shaft - the wooden part of the arrow

Socket - the hole through which the shaft passes and is fixed.

Spine - the ridge that runs down the centre of the blade from the socket to the point.

Tang - the part of the head which passes into and secures it to the shaft.

Arrowheads were usually tanged with the points inserted into the wood of the arrow, and then wrapped with thread to fix it in place, possibly reinforced with glue. 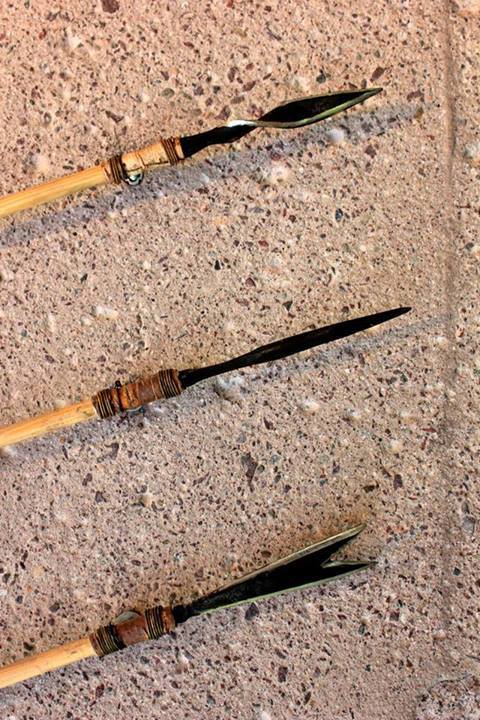 Not every archer wishes to, or enjoys, making arrows but it is a skill that all archers should master at least to some degree if for no other reason than that they can then talk with authority to members of the public. See the page on making arrows for a step by step account of how to make an arrow, it is not the only way, each archer will have their own little variations and opinions but it will get you started.

Below are the colours that have been adopted by qualified Archers in The Vikings. No names can be attached because of data protection regulations but the information is available in the Archers Hand Book. Arrows shown as having three flights are sharps. 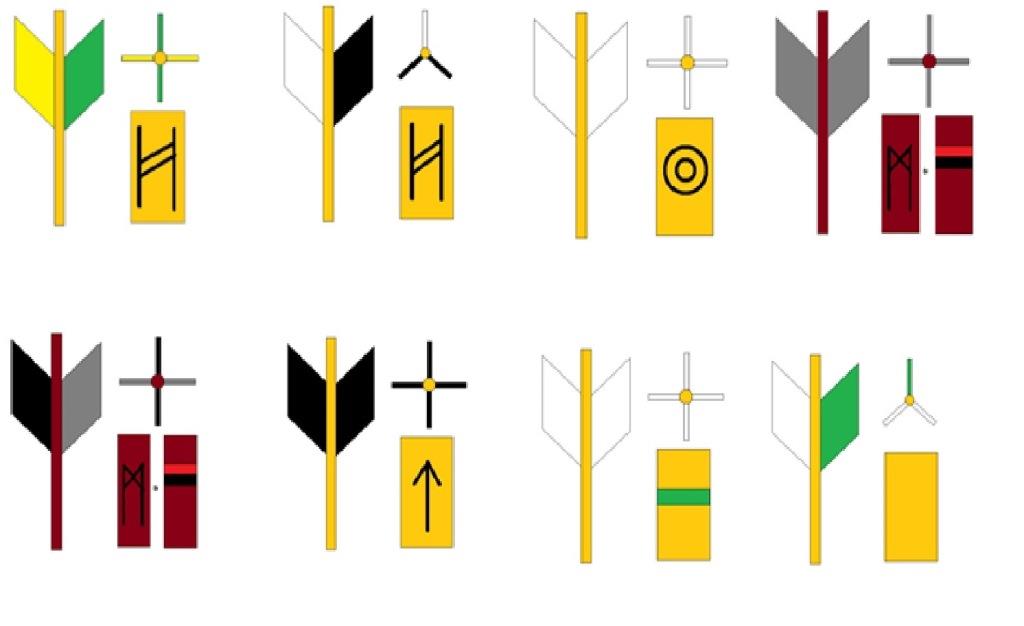 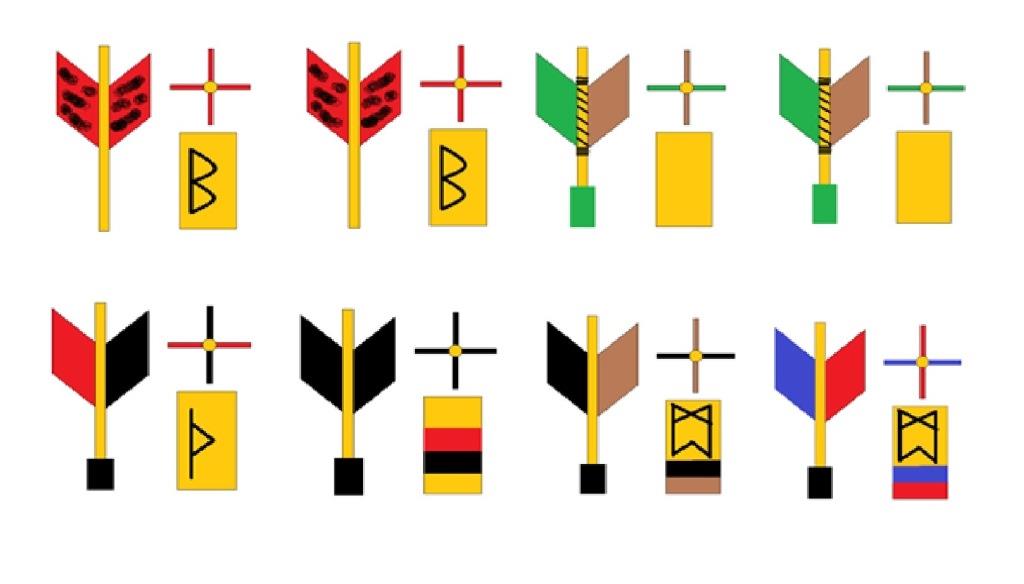 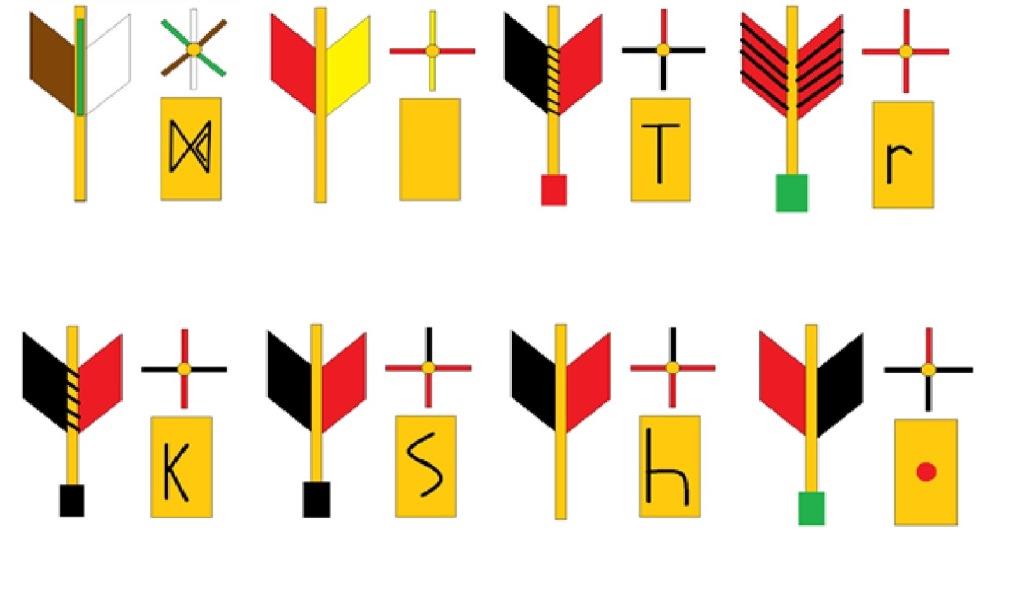 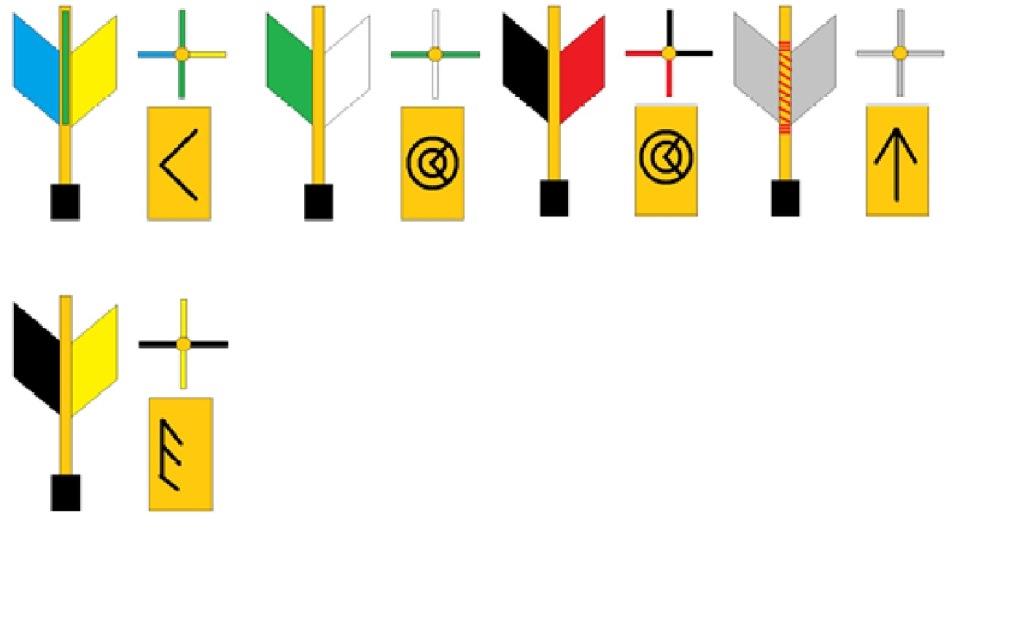