Chausses were effectively maille leggings. Although often worn by heavily armoured and high-status cavalry, there are twelfth and thirteenth-century depictions of infantry serjeants wearing chausses.

Chausses usually covered the foot (either with a leather sole or lacing underneath the foot) and reached up to the thigh. The maille was suspended from a belt over the hips (i.e. under the undertunic and certainly under the akheton and hauberk). Chausses could be split down the back and tied together, or made as an entire hosen. In the later medieval period, padded cuisses were often worn over the chausses to provide additional protection for the upper leg.

In the fourteenth century, metal poleyns often covered the knee and metal greaves protected the shin, while solid metal sabatons covered the foot.

A later knight in the process of arming, wearing chausses over his braies and hosen. He is about to put on greaves, which will help to keep the weight in place. Credits: with thanks to our friends in Tournee. 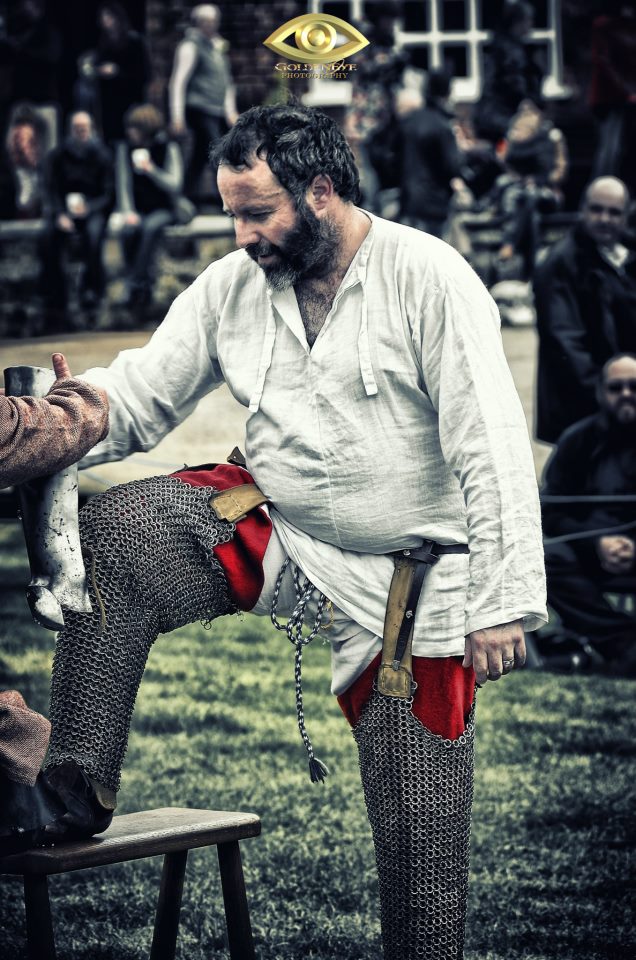 From the late thirteenth-century Maciejowski Bible, the knights on the far left and right are wearing chausses. The figure in the centre appears to have padded cuisses. 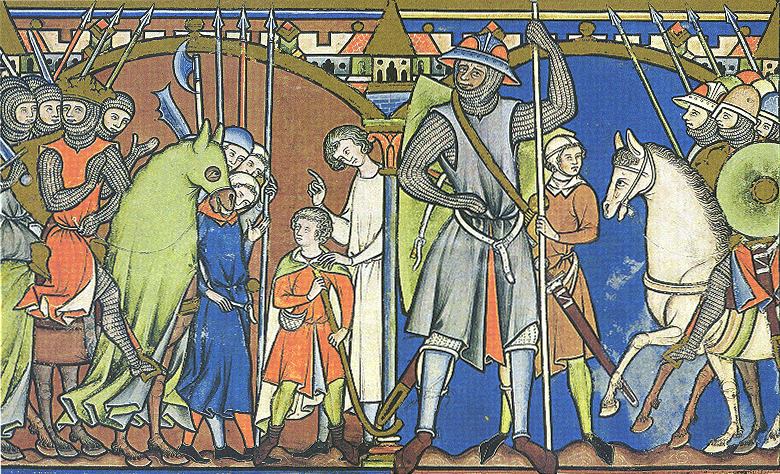 Also from the Maciejowski Bible, the warrior in the centre is wearing chausses. Despite the added weight, they are not just for cavalry! 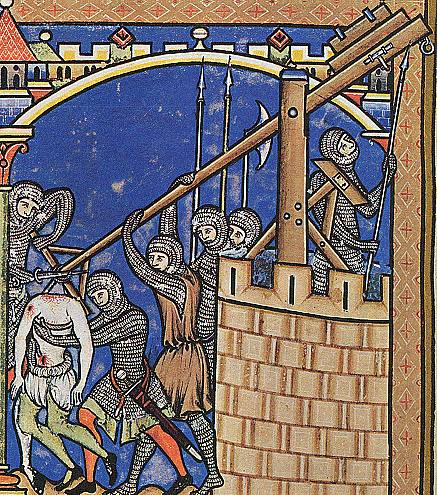 The lacing behind each leg and beneath the foot is clearly visible in this depiction. 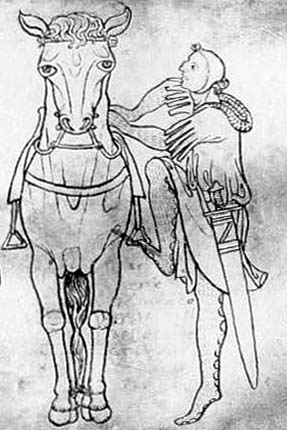 Detail of the way the chausses were held in place (including, unusually, beneath the foot), in an effigy from Verona cathedral. 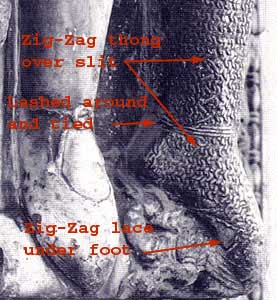 This statue of a knight from Hildesheim cathedral appears to have integral chausses. 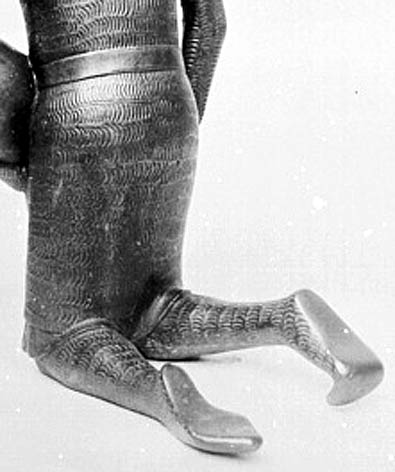