The coat of plates evolved from the thirteenth-century armoured surcoat. A series of armoured plates (initially hardened leather and increasingly metal) were attached to the inside or outside of a leather or fabric-backed garment, worn over the torso. A heraldic surcoat invariably went on top of the coat of plates. The coat of plates was sometimes called a "pair of plates" ("pair" in its sense of "a set of" rather than "two").

25 versions of coats of plates were found at Wisby in Denmark, where significant quantities of armour were buried in mass graves after the battle of 1361.

Images of coats of plates 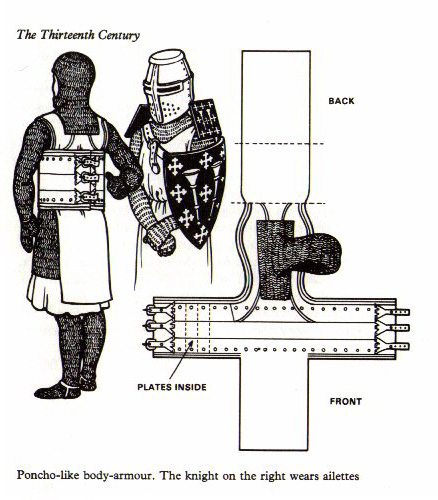 This late thirteenth or fourteenth-century knight's coat of plates is clearly visible, since he has yet to put on his surcoat. He wears poleyns over his knees and greaves, suggesting armour of the earlier fourteenth century. 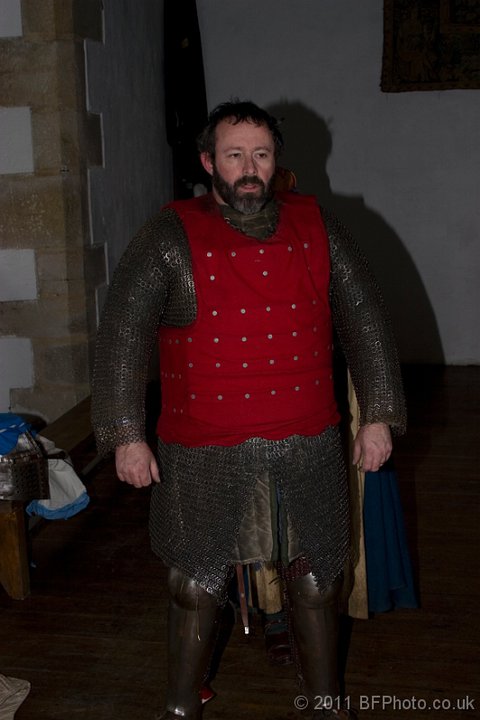