Dorothy joined the Vikings (Hrafnsdale Herred) in May 1998, following in the footsteps of her son, Iain and husband, Gordon. (Didn’t fancy being stock at home over Bank Holidays with only c**p TV for company, she said.)

After a few shows working with Tamsin in the Society Marquee, she joined Gordon as one of the marshals. 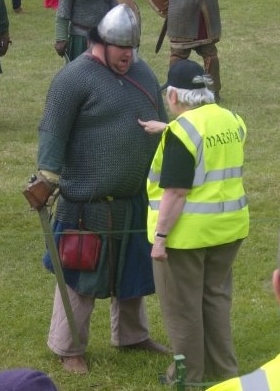 Retired from this activity in 2013, following a fall which required surgical reconstruction of her knee, and an unsuccessful attempt to rectify a detached retina in her “good” eye.

She was treasurer to Hrafnsdale for most of her membership.

Dorothy never rose higher in rank than Fri-hals, but she was presented with the Konungr’s Award in Silver (for keeping Gordon under control, according to Tony Sayer) at the 2012 Society Banquet.

She leaves Gordon and grandsons Alex, Thomas and Jonathan Shaw in active membership. 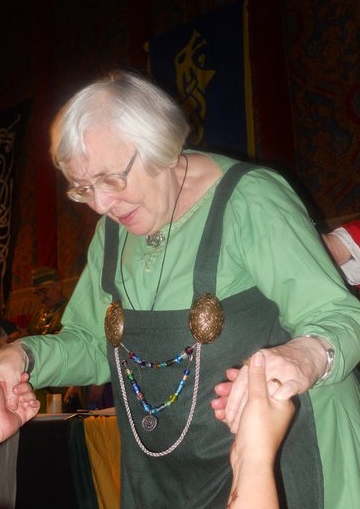