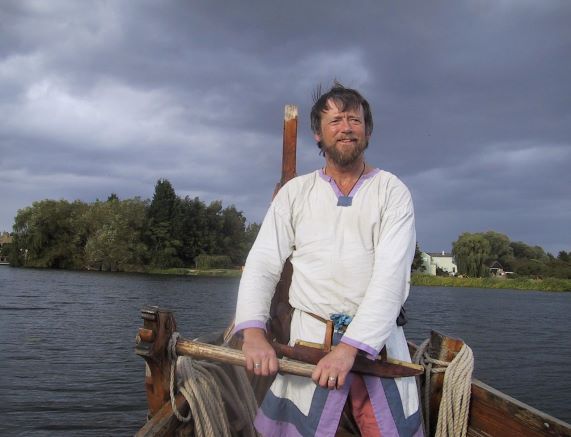 In autumn 1994 Paul was walking our dog Luke along the river Cam and he met some folk practising sword fighting. They were members of Ouskejarr, who told him all about The Vikings! As a trained teacher and actor with an interest in martial arts, the combination of history, fighting and acting appealed to him so he joined. His first show was Portchester 1995 so I went along to watch and got roped into joining. As he got more involved with the Vikings, his interest widened to include living history. At that time Ouskejarr were very combat orientated, so in 1999, with an amicable split from Ousekjarr, he formed a new group Gesithas, and steered them to Herredship. Paul took Gesithas on several trips to Europe, including spending a week living in the reconstructed Viking town at Foteviken and the archaeology week at Biskupin in Poland, where we were joined by Frania and we introduced the Poles to female warriors!

One of Paul’s other interests was horses, and he was an active member of the cavalry.

With his background in teaching and acting, it was an obvious step for Paul to become a full time school visitor, covering not just Vikings, but other periods including ancient Greek and Tudor. He also supplemented his income with film extra work and supply teaching.

2007 was an eventful year for Gesithas, two funerals and a wedding.

In the spring, Gillian Warren died. In the summer, two members of Gesithas were married, Tim Jones and Annette Padfield. They had found love blossoming over the bonfire in Biskupin and Paul was delighted to be Tim’s best man. It was a joyful time for all of Gesithas. 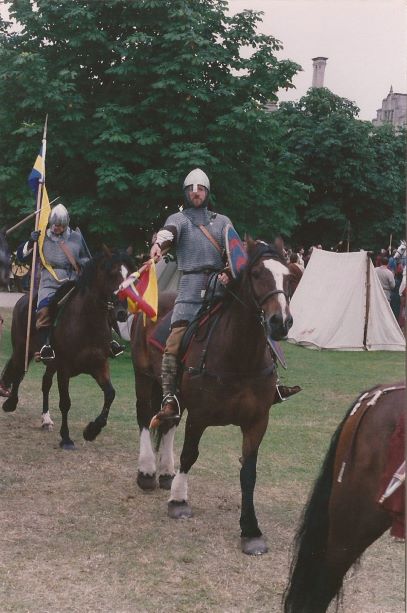 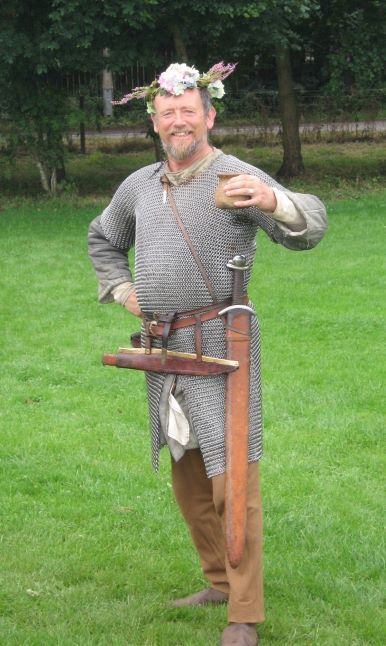 In September Paul was filming for Time Team. They were rehearsing a jousting scene. As planned the lance shattered, but a sliver of wood went through the eye slot of his helmet and into his eye. He never recovered. Paul’s end was as unique as he was and I am sure he would have wanted it that way. In mail, on horseback and in front of a camera.

Hark! We have heard of the glory of the blessed eorl of the Gesithas, the worthy Edmond, how that lord performed courageous deeds. The Glorious Lord God gave him worldly honour, the battle-brave hero – that was a good companion.

The Poem was written by Annette Jones