Northumbria Northumbria Vikings are a dark age re-enactment group based in the North East of England, and are part of the national UK re-enactment society called THE VIKINGS. 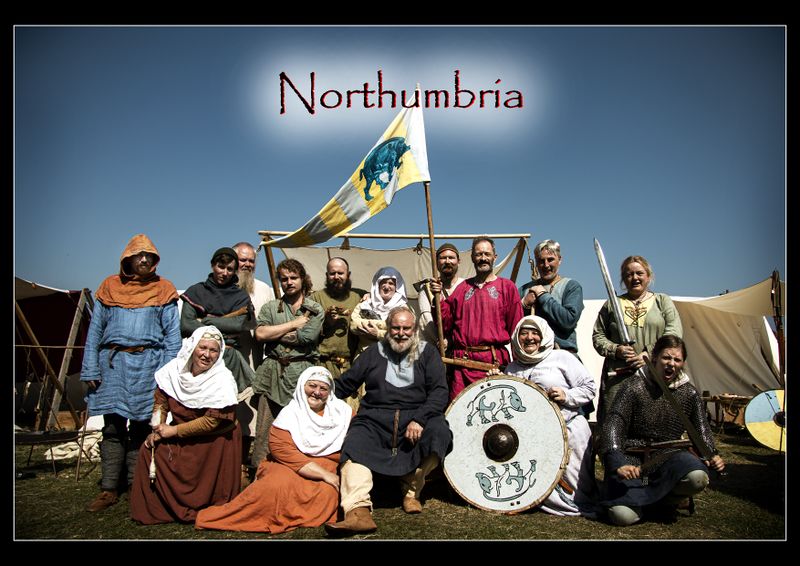 The Northumbria flag was one of the first to be mentioned in written records and our colours are based upon the description that the Northumbria "flag is a mix of the colour of gold and spent blood". (i.e. blue to purple not arterial red)

Northumbrians were Angles pre the Viking settlement of York (C-866), and slowly became Anglo-Danish afterwards. As such members can be either Anglo-Saxon or Viking, or a mix of both. Despite the name we do not insist that our members depict Vikings.

The Northumbria Vikings are one of the longest serving within the society, being one of the original groups named after territorial regions.

The group meet once a month in North Shields for a full day of combined crafts and combat training with a social atmosphere. The training venue has an indoor hall so training is not subject to the weather. Anyone wishing to join the group is invited to come along to one of these meetings. Other society group members can come along and participate in the training activities.

Winner of The George Hay Trophy for Best Herred Overall 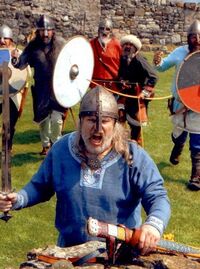 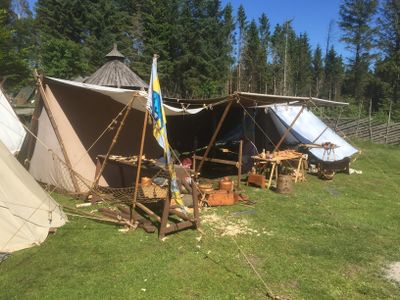 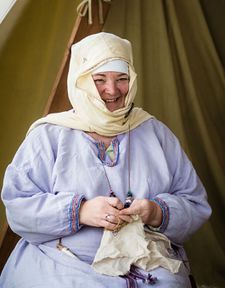 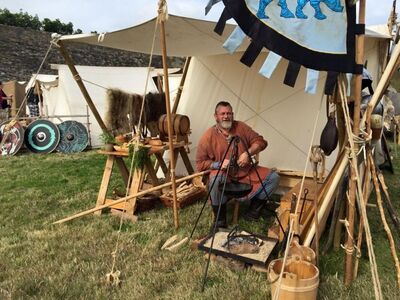