Ormsheim is a group based in the West Yorkshire area. It has a very active membership of over 35 members with a wide range of ages in the group. In the group we have an even split of combatants and noncombatants who are active in the living history display. The Group was formed by Neil Shepherd (Njal) and he ran it successfully for many years before he wanted to step down and enjoy playing on and off the field. The group is now run by Mark Grayshon who became group Jarl in 2020. We recreate the life and military history of the Vikings, Saxons, & Normans between 800-1100AD.

Ormsheim can be seen on the field with the dragon banner flying proudly behind a wall of green and white curved quarters shields, and the same design on the later period kite shields. In the group we have three members who are in the society Hearthtroops and at certain times come up against each other, but do put priority of fighting with Ormsheim first. Within the group we have two Recognized Training Thegns (combat), one of them has been the society training thegn for spears. We train on a Tuesday night in Leeds between 7.30 and 9.30pm but many of our members can be seen travelling to other groups to train with and learn new skills.

Frania Juchnowicz - served on the Society High Council, first as Battle Captain and then as Events Coordinator. 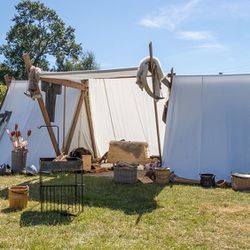 Although originally mainly focused on combat, throughout the years the group has slowly built up their living history encampment with multiple members using their wide range of knowledge in authenticity, camp life, historical crafts etc. With some tents owned by the group, and others owned by individual members, the group is capable of establishing a small encampment to portray the day to day life of a group of travelling Vikings and Saxons. we also have a number of skilled craftsmen and women to help teach the public about the other side of life in an encampment of an army on the march such as what food was eaten, passing time with authentic games such as hnefatafl and nine mens morris,and other skills such as blacksmithing, woodworking and sewing. 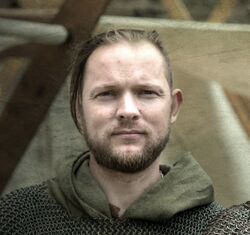 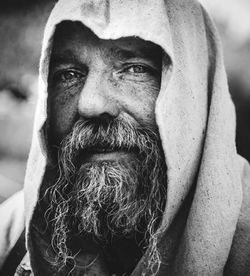 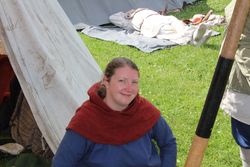 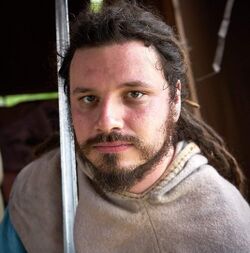 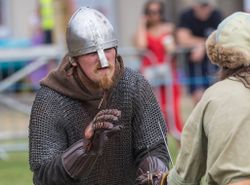 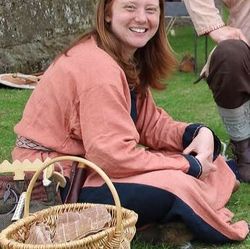 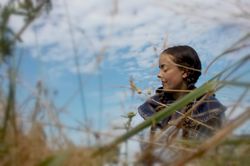 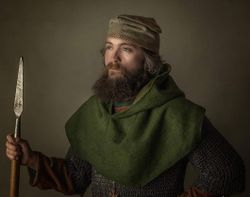 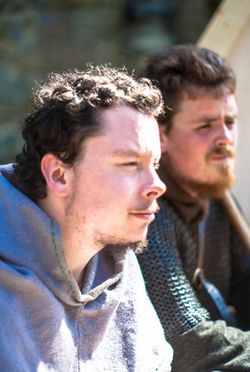 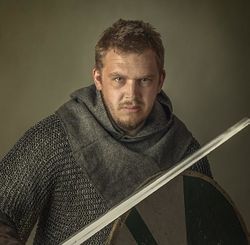 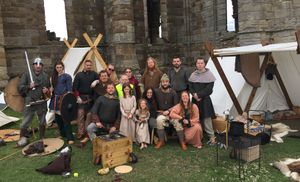 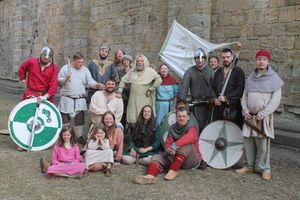 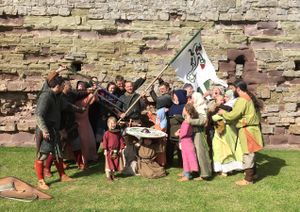