Large round shields should have a radius of not more than a 3” past the warrior's elbow when held by the centre grip. They should be circular with a central metal boss and a central wooden hand grip behind the boss. They should be made of wood, covered in painted fabric or leather and edged with rawhide or strong leather. They can be painted with Group colours but please check the Shield Register before deciding on a new design. 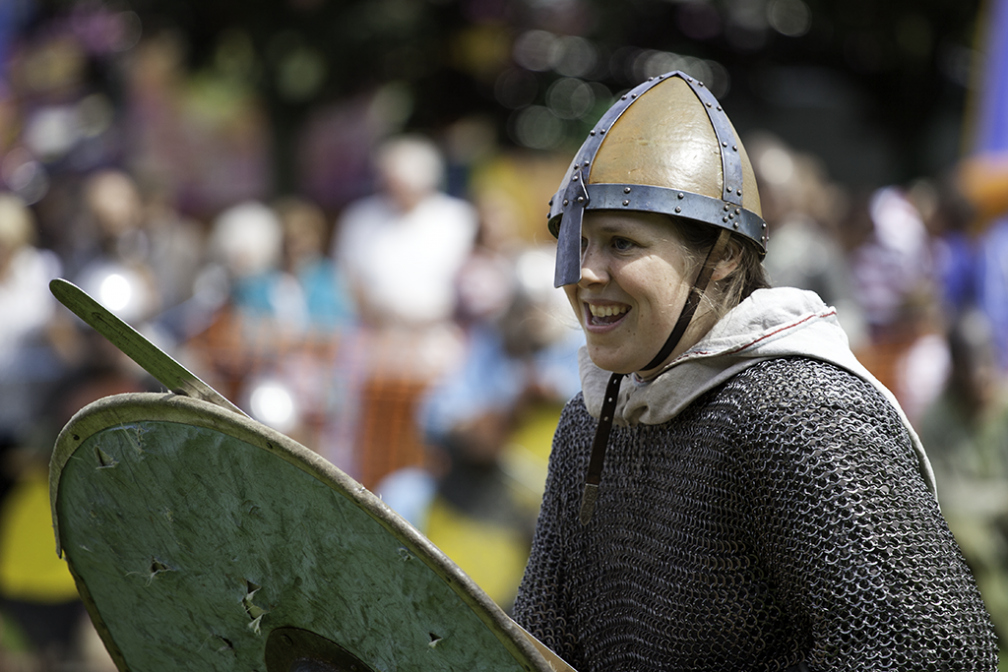 They were made of wooden planks (often lime wood) which were glued together, were between 30’ and 40” in diameter and often only a fifth of an inch thick. Some were entirely covered in leather and all had a protective rim usually of leather, such as the Gokstad shields, some had rims of iron and at least one, found in Birka, Sweden, was bound with small bronze plates.

All shields had a prominent cone shaped or hemispherical iron boss which protected the fist when holding the grip. The grip itself was part of a brace that ran the width of the shield across the grain of the wood. This brace could be of wood but was more usually of iron and sometimes forked into three at either end giving the appearance of a leafless tree.

Some shields had curved iron braces on the front and possibly the back also. Most, if not all, had a strap which the warrior could use to hang his shield up or secure it to his back when not in combat. This strap may have been long enough to enable the warrior to fight and be able to retain the shield if he had to dropped it. The strap may have been fitted to either end of the brace, in some cases it could be fitted to one end of the brace and the centre grip.

Shields were painted, the commonest to least common colours were red, yellow, black, white, green and blue. Normally one or two colours would be used in a simple pattern such a quarters, occasionally a mythical beast was displayed. The shields found in the Gokstad ship burial were alternately painted yellow and black.

These follow very much the same design as the Vikings with only a few variations.

Shields varied from 12’ to 40’ in diameter- early ones were very light, being not more than half an inch thick. As with the Viking shields they may have been covered in leather and had a rim of leather of iron. At a grave at Petersfinger in Wiltshire a shield has been found made of thin sheets of wood fixed together like plywood, the grains crossing each other at right angles.

The grips on Saxon shields could vary from 110mm to 400mm but the longer ones belong to the seventh century at the latest, about 200mm would seem to be more common for our period. Grips were made of thin iron which curved in towards the boss around a wooden core and wrapped in leather. They were secured at either end by a single rivet. All rivets have their heads on the front of the shield and are hammered over a washer on the back.

Although there is little physical evidence for straps on Saxon shields, there is documentary evidence in poems and illustrations. The only physical evidence suggests that a strap was secured around the handle and may have had a small buckle fitted.

Although the archaeological evidence suggests that early medieval shields were constructed from flat planks, depictions from Anglo-Saxon England consistently show shields with a curved or 'dished' shape ("lenticular" shields): 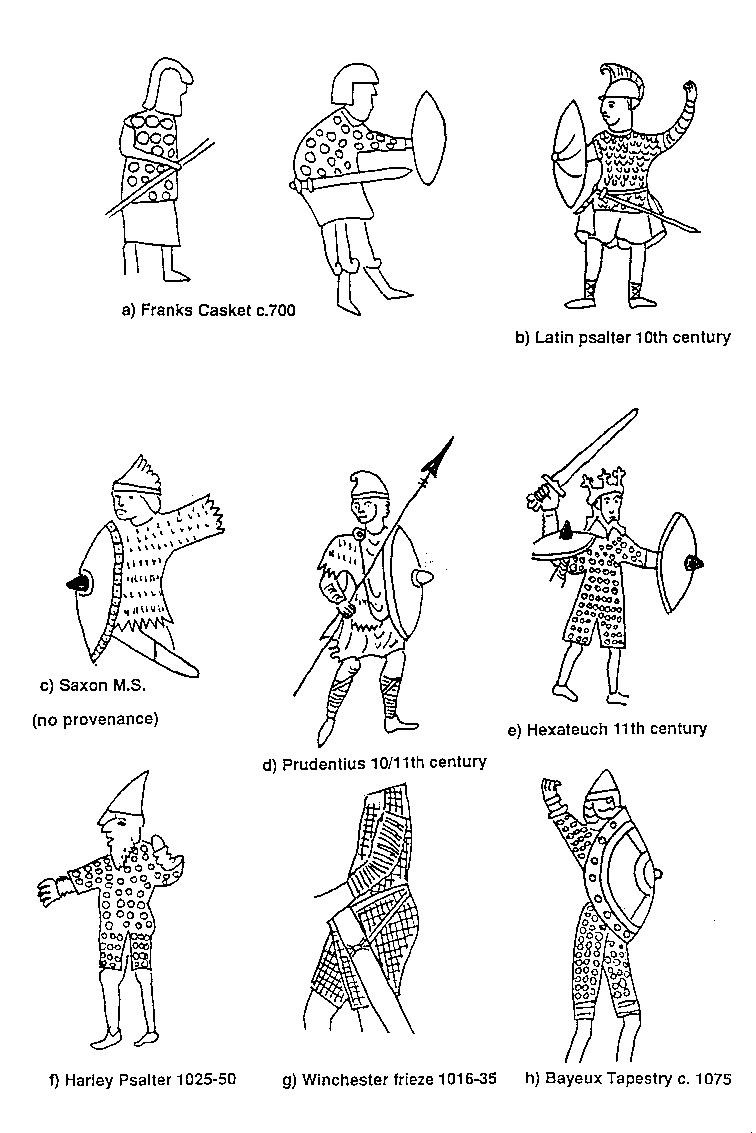 Creating a convex, domed shield from wooden planks is difficult and time-consuming, even with modern techniques, since it requires further cuts to the circular disc, which must then be shaped in a 'former'. The domed shape does not appear to offer any advantages in combat which might justify investing the additional time into a relatively expendable piece of wargear.

On balance, it seems most likely that the "lenticular" shield is simply an artistic convention, aimed at convey that a shield was round with a limited ability to show perspective. Domed shields are not encouraged in the Vikings Society - there is clear evidence for flat shields, which are in any case much easier to make.