Wryngwyrm is based in Bedfordshire. Formed in 2001. We are a warband made up of Danes, Anglo-Danes and a couple of rogue Saxons! As well as representing the more warrior like aspects of the late 9th century, we also have a Living History encampment to demonstrate the daily lives of those people.

It is the late ninth century, a time of changing tides as the border of what will be known as the Danelaw ebbs and flows as local power struggles constantly react to the greater politics of the time. The jarl of this warband, Jarl Orm, has been sent by his king from the border town of Bedanford to a new territory in Mercia to manage with the bulk of his warriors. After settling in, he has now sent for the rest of his household and warriors to follow. This caravan of civilians, traders and families protected by the Hesir Arngrim and his warriors is now making its way to the new settlement. However, the going is not easy for this band, burdened down with carts full of goods they must move their camp slowly across the land till they reach the new settlement. All the time there is the fear of being attacked by Saxon warbands or other belligerent Vikings. But also, the warriors are always on the lookout for an opportunity to pounce on someone else to make some easy silver! Whilst in progress they also trade as best they can with the peoples they encounter, trading goods for food and other necessary supplies to sustain them on the move. 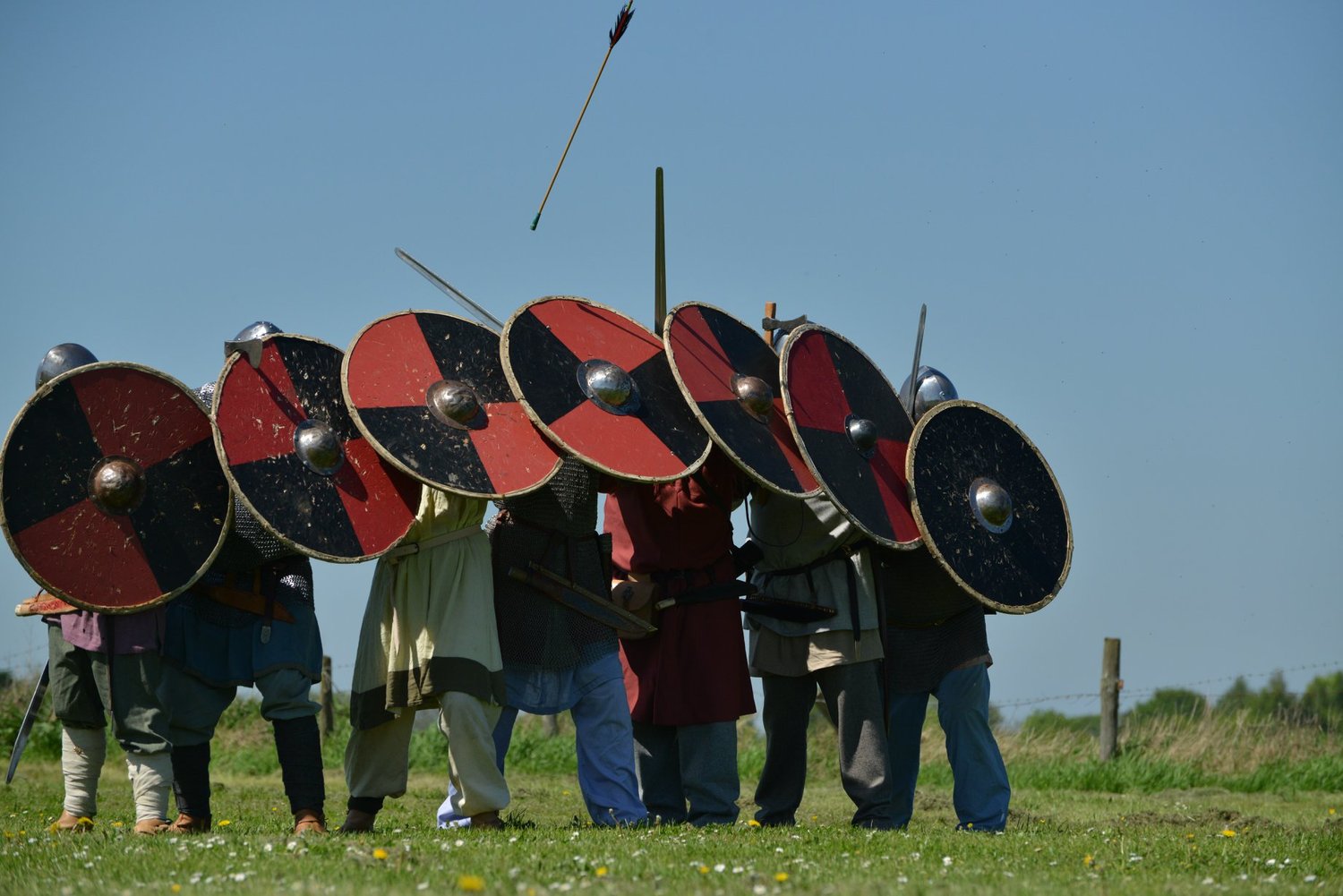 The group consists of a committee of 5 people in the following roles:

There are other important roles in the group:

We train the first Saturday of each month (subject to change when there is an event). If you are in the area and would like to join our warband then contact us for more details:

Winner of the The George Hay Trophy