Braies (breeches) were a pair of knee-length shorts, sometimes with embroidery round the lower hem of each leg, tied with a drawstring (no examples have been found with belt loops).

Hose (plural hosen) were close fitting "leggings" and sometimes had an integral foot, and would have been worn with a pair of knee breeches (braies). Burial evidence suggests that while the hose may have been tied to the waistband (Hedeby, Fragment 2, contains a fragment of cloth identified as hose with a leather thong attached to the top edge [1]), they were also fixed at the thigh with small pins or brooches. This pinning may have been to a pair of breeches, or may have connected the hose to the belt in a manner similar to modern suspenders. The hose sometimes consisted of individual legs tied around the waist.

Images of labourers, some only wearing braies, others in hosen and braies, from the late thirteenth-century Maciejowski Bible: 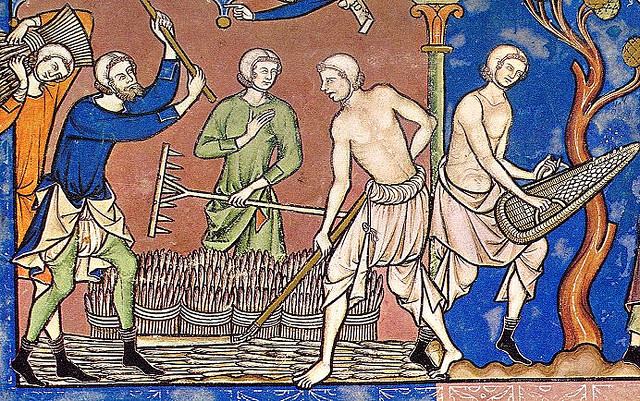 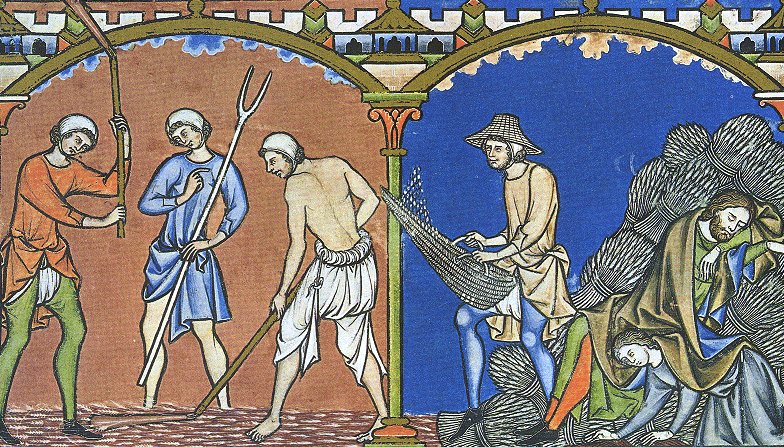