Thrown spears were favoured by skirmishers and were widely used in the early medieval period, even by wealthy warriors. Welsh/Brythonic warriors are strongly encouraged to use javelins. 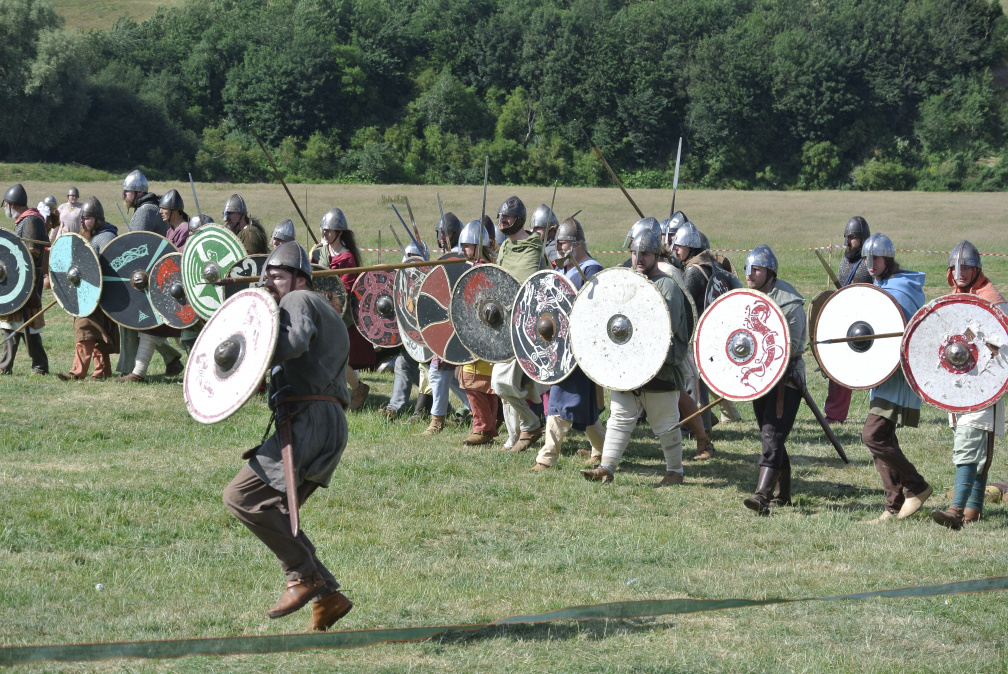 In practice the only difference between a fairly short spear and a javelin was if and when you chose to throw it. However, the Society’s combat rules considers them as different weapons and they are treated differently depending upon whether they have metal or rubber heads. Metal headed javelins may be thrown only as display (not combat) weapons, aimed at shields but not combatants. In addition, these javelins may be used as combat weapons in melee just like short spears. Rubber headed javelins (combat javelins) may not be used as a spear in melee but can be thrown in combat to score a valid hit.

Javelins may not be more than 5’6” in length. They often have a blade tanged into the wooden shaft rather than a separate spearhead.

The diameter of the shaft must lie within these dimensions for 75% or more of its length.

The head can be of a tanged or socketed construction.

Blades may be made from mild steel and may be hard edge welded.

The minimum edge thickness of the blade must be 3mm rounded to an 180° arc.

The point of the head must be rounded to a diameter of not less than 24.5mm.