The political map of Anglo-Saxon England changed considerably, not least due to the efforts of the Viking 'Great Army' in the later ninth century and the ensuing conquest by the West Saxons. 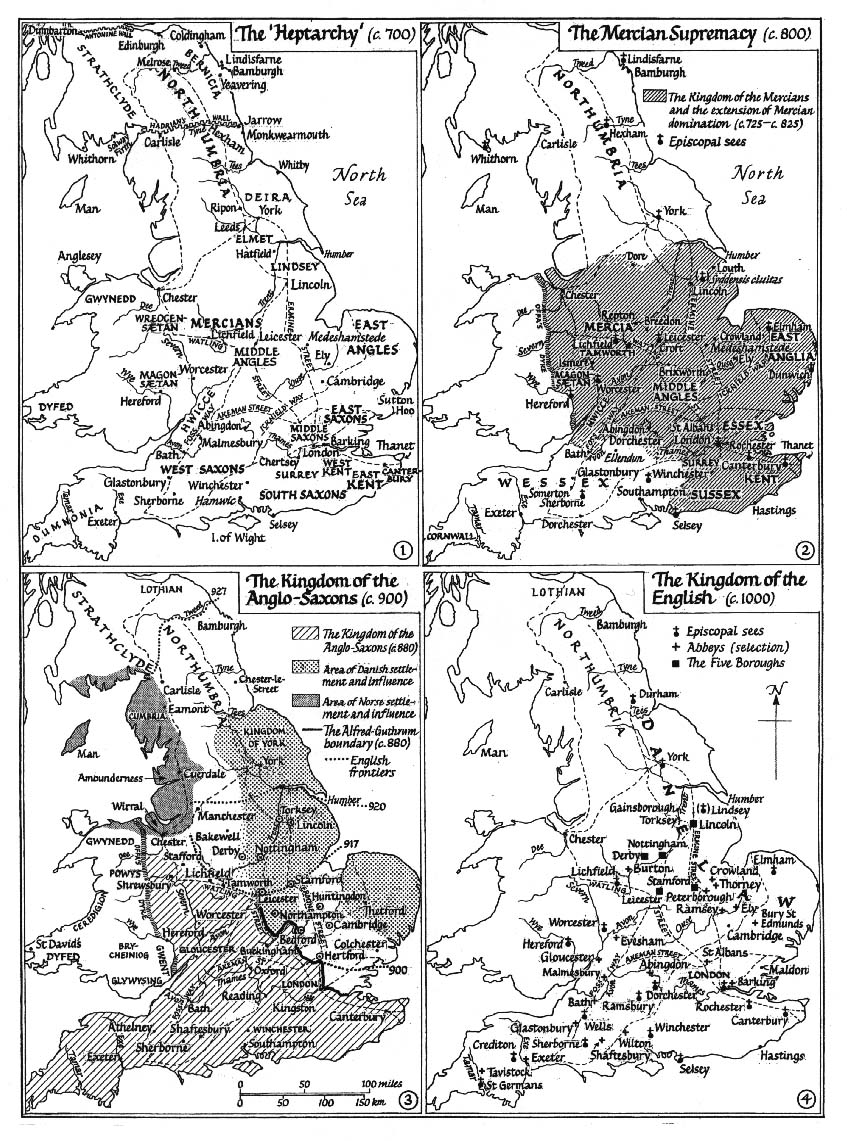