From the later eleventh century, higher status combatants (particularly knights) may add cloth pennants to their spears, reflecting their cavalry origins. These should be small flags using the same colour of cloth and design as the shield and (from the later twelfth century) surcoat. They may be rectangular or tapered to one or two points (i.e. long triangle or forked). The pennant should not be more than 6-8” wide and 1-2’ long. They should have a ‘tube’ of material just big enough to go around the spear shaft, with thonging at top and bottom to be tied around the spear.

Harold Godwineson being given arms by Duke William - including carrying a spear with pennant. 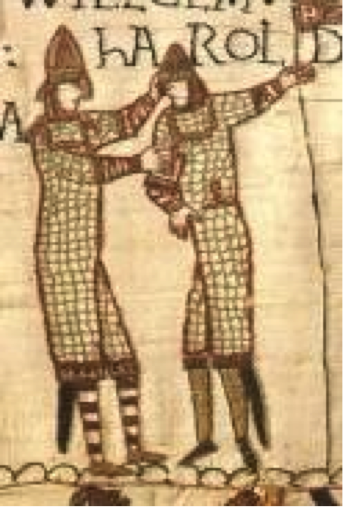 A fully-equipped knight, with pennant displaying his heraldry (like everything else!). 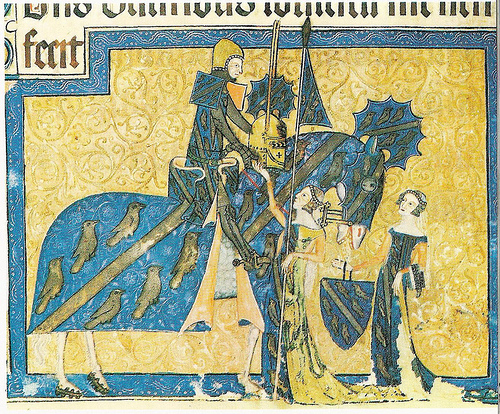