Extreme Viking is a test of endurance as much as, or even more so, than a test of combat skill. For this reason it is called a “test”, if the thought of a test frightens a warrior then perhaps Extreme Viking is not for him or her.

There is no reward for completing the Extreme Viking test; all the warrior earns is bragging rights.

An Extreme Viking should research Viking out door survival skills and develop those skills in himself and help other Extreme Vikings to do the same.

As said above, non-combatants may take part in an Extreme Viking event and can claim the same titles and bragging rights as the warriors. 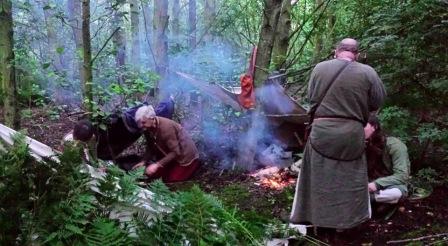 The following 4 pages are in this category, out of 4 total.