A key principle of early medieval embroidery was to achieve maximum display on the visible side of the garment, with minimal use out of sight on the back. On both men’s and women’s tunics, the decoration was usually at the neck, cuffs and hem. The embroidery was usually prepared on a separate piece of contrasting fabric and then stitched on the garment. This means it can be removed for washing, if necessary, or moved from an old garment to a new. It also make areas of wear, such as collars and cuffs last longer.

Further information (including illustrations of stitches) is available in the Basic Embroidery Guide by Georgina Riall. 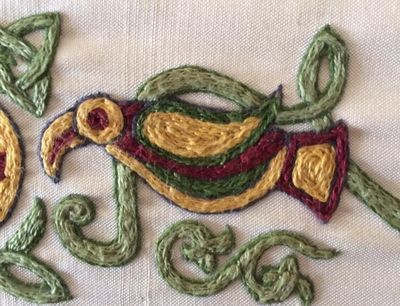 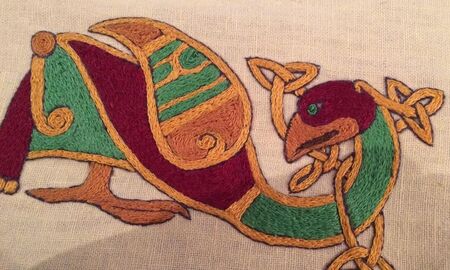 The most economical stitches to use with wool are:

Use for outlining and infilling motifs.

Covers space efficiently, but appears to have mainly been used on hangings, such as the Bayeux Tapestry, rather than on clothing. 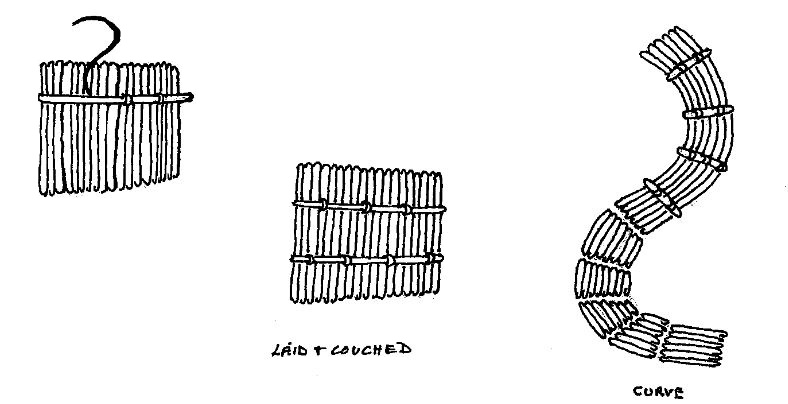 For wool embroidery, slightly less efficient stitching can be used, since wool was plentiful and easily takes up dyes

May be used in moderation for certain details, however it uses more thread on the back of the work than split stitch so is more in evidence with silk, though only in very high status ecclesiastical and royal embroideries.