With the increase in armour during the eleventh century, chainmail coifs and padded arming caps under the helmet became common. Warriors wearing a significant amount of armour - and certainly those wearing a hauberk should wear an arming cap and coif underneath their helmet.

These maille balaclavas spread out around the shoulders so that there was no gap between them and the hauberk. In the later thirteenth century some coifs covered all of the shoulders. Coifs seem to have been worn on top of the surcoat and are clearly visible as separate garments.

Warriors could wear a concealed helmet underneath a maille coif. This seems to have been more common in the thirteenth century, where well-equipped warriors are routinely shown armoured 'cap a pie' in maille, without a visible helmet.

Further evidence and discussion of integral and separate maille coifs, particularly in the Bayeux Tapestry, can be found in a discussion by Steven Lowe.

Images of warriors with maille coifs 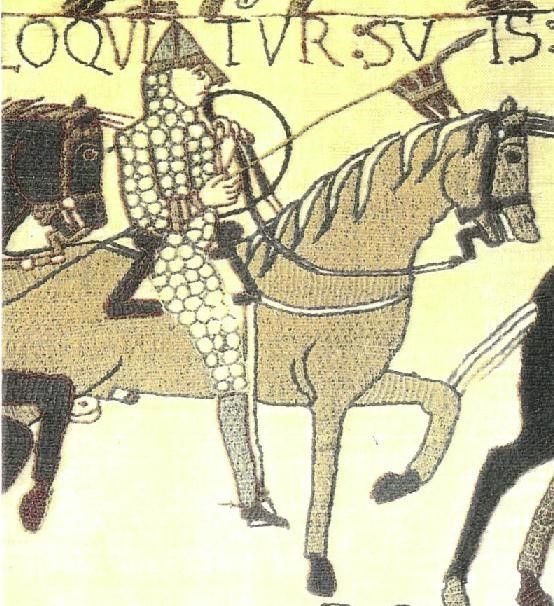 From the Bayeux Tapestry - a Norman miles with what appears to be an integral coif.

From the Bayeux Tapestry - a Norman miles with what appears to be a separate coif. 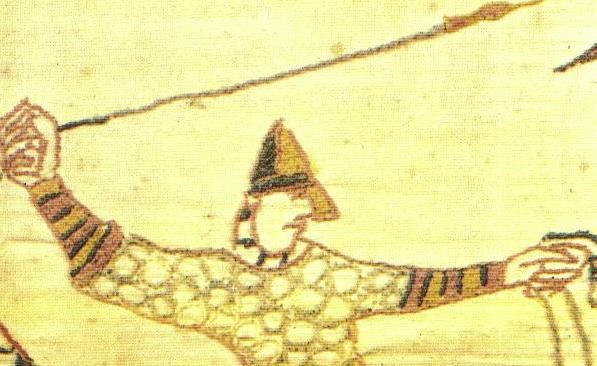 Another miles from the Bayeux Tapestry with a separate coif.