They are suspended horizontally from the belt, worn at the front, with the sharp edge uppermost and the grip on the right hand side. Partly this was to display the decoration on the front of the sheath, but also for ease of drawing. Drawing the seax from its sheath will mean your right hand pulls back, which isn't very handy if you want to bring it up to a guard position, but is perfect for stabbing an enemy in the stomach. You don't draw a seax to start a fight - you use it to finish one! 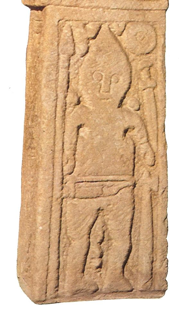 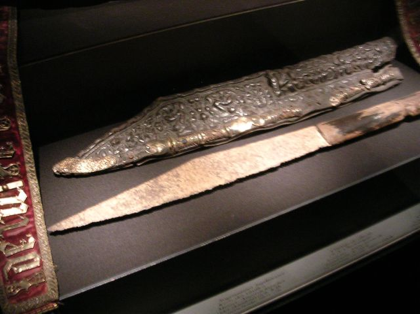 A short seax in its sheath, awaiting decoration. 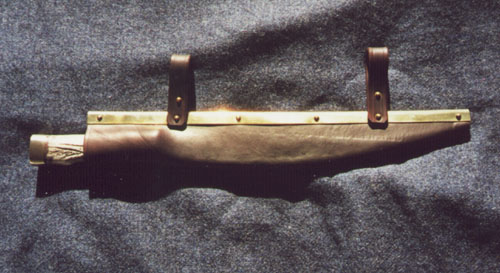