A sword's scabbard provided protection for the blade when not in use.

Early in the period, scabbards were usually slung from a baldric, a belt over the shoulder. Later, certainly in the eleventh century, swords hung directly from the waist belt.

Scabbards were usually made as a sandwich. The innermost lining was fleece, since the natural oils in the wool helped keep the blade from rusting. Wood surrounding the fleece provided the physical strength to protect the blade, then wrapped in a narrow strip of linen wound tightly around, sometimes covered in leather covered the entire structure. The layering seems to have provided additional strength, especially as waxed linen will not stretch or change shape. This is the way the anonymous ninth-century monk of St Gall described Charlemagne's sword:

"This sword was enclosed first by a scabbard, secondly by leather of some kind, thirdly by pure white linen rendered stronger by clearest wax and strengthened towards the centre by little raised crosses for the destruction of the heathen". 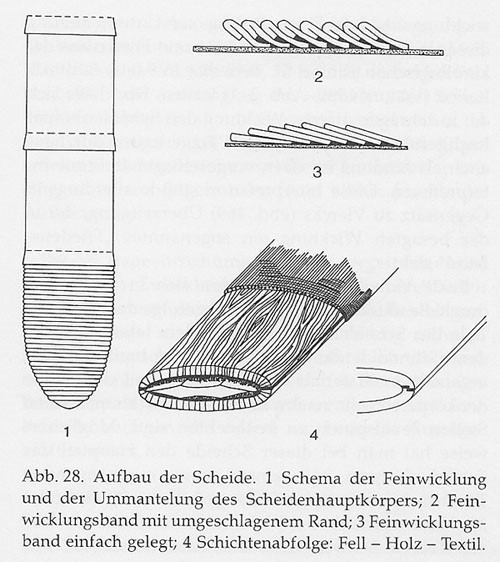 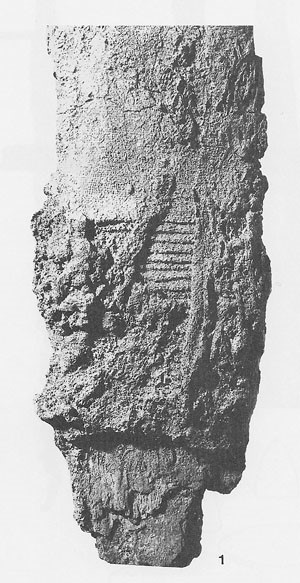 An example of a scabbard, with wood core, tight linen wrapping and leather covering.

Scabbards in the sagas

In chapter 39 of Harðar saga og Hólmverja, Þorbjörg wanted to get her husband's sword away from him so she could give it to an assassin she had secretly hired. She intentionally damaged the scabbard so that the sword fell out on its own. Rather than taking a sword without a scabbard, Þorbjörg's husband took no sword when he left to settle a dispute among his friends.

There are examples in the sagas where swords stuck fast in their scabbards. In at least one case (Kormáks saga chapter 9), the sword had supernatural properties and was being abused. The sword finally came out of the scabbard howling. In another case (Hrólfs saga kraka chapter 23), Böðvar’s sword was stuck fast. Böðvarr worried the sword back and forth fiercely until he could slide it out of its scabbard. It makes one wonder how often this sort of thing happened in actual combat.

In the sagas, there are few examples of swords being slung from the shoulder. One occurs in chapter 20 of Svarfdæla saga. Sigríður gave Karl the sword Atlanaut. He drew the sword and slung the scabbard over his shoulder. Wasting no time, he ran outside and cut Grís in two with the sword. Some swords had a strap on the hilt which could be pulled over the hand, allowing the drawn sword to hang while another weapon was being used.

In chapter 58 of Egils saga, Egill drew his sword and pulled the loop over his hand in preparation for a fight with Berg-Önundur. During the fight, when Egil's kesja (an unknown pole weapon usually translated as halberd) stuck fast in Berg-Önund's shield, Egil grabbed his sword and was able to run Berg-Önundur through before his opponent could even draw his sword. We don't know the nature of the loop (hönk) on the hilt of Egil's sword. Surprisingly, though, when hung from the pommel, the sword was not much in the way. After the pole weapon was dropped, a simple flick of the wrist brought the sword up into the hand.

The stories talk about the use of a friðbönd (peace strap), straps to prevent the sword from being drawn in anger in places where its use was prohibited. An example of the use of a friðbönd occurs in chapter 28 of Gísla saga, at the spring assembly (várþing) which took place at Þorskafjarðarþing. Booth ruins at the site remain visible today.

Some swords had healing stones (lyfsteinn) associated with them, stones which removed the evil from an injury inflicted by the weapon. Injuries inflicted by the sword would not heal unless the healing stone was rubbed on the wound. Þorkell borrowed the sword Sköfnung and its healing stone from his kinsman Eiður, as is told in chapter 57 of Laxdæla saga. Þorkell tracked down the outlaw Grímur on the heath Tvídægra. In the fight, Þorkell inflicted a wound to Grím's wrist, but Grímur wrestled him to the ground and had him at his mercy. Grímur chose to spare Þorkel's life. Þorkell rubbed the wound with the healing stone and bound the stone against Grím's wrist. The pain and swelling subsided immediately.

Credits: with thanks to Terry Nash.

Scabbards were often held in place with a three strap sling.

The range of different scabbard fastenings found in the viking age. 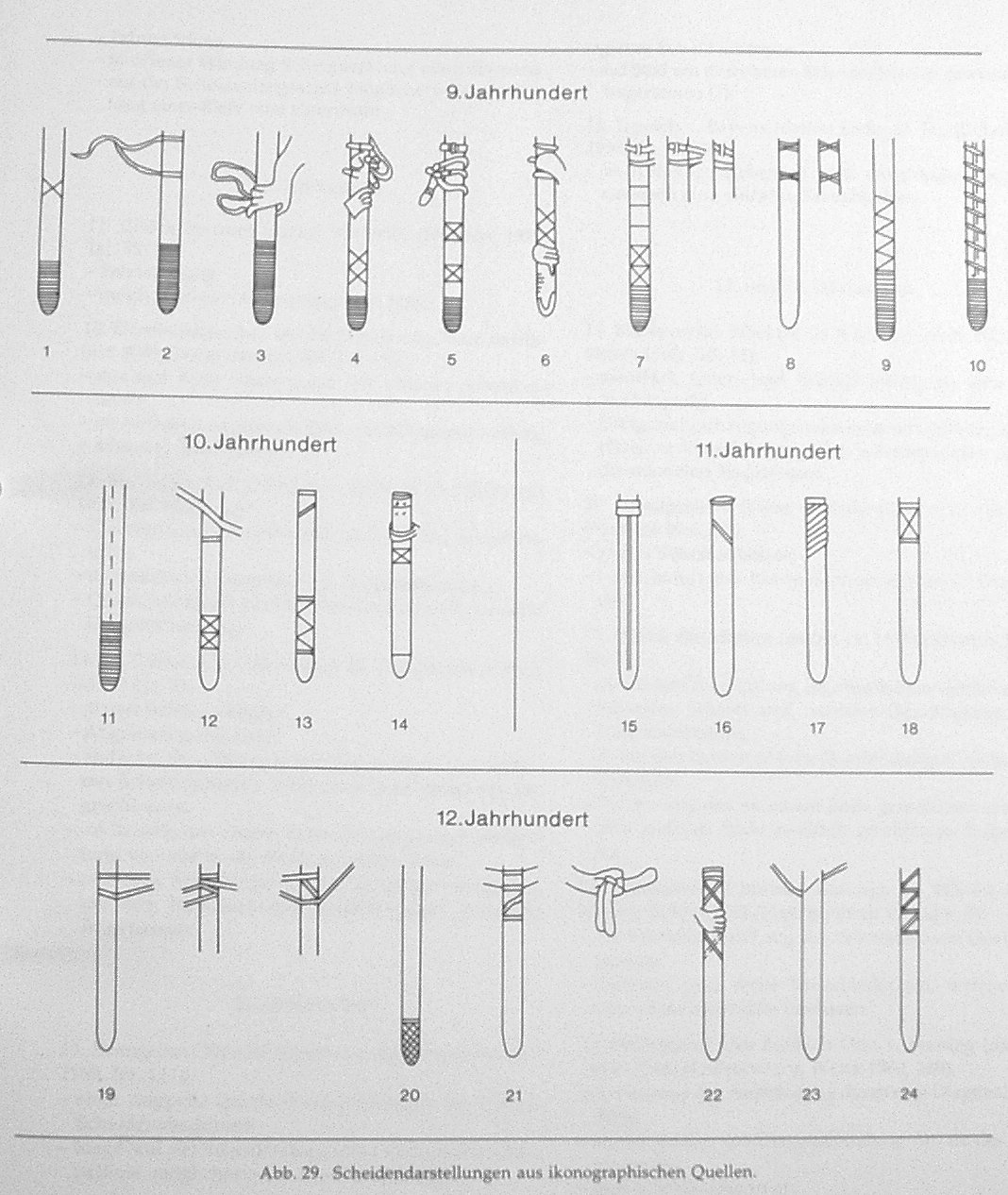