Axes were common household tools – after all, every household had a hearth-fire which needed fuel, and wood was an essential building material. Nevertheless, axes do not seem to have been greatly used as combat weapons by the English or Welsh; they are much more characteristic of the vikings.

Axeheads may be ‘bearded’ or wedge-shaped, with either straight or curving edges.

Axes may only have one blade – double-headed axes or axes with spikes are not appropriate for this period. 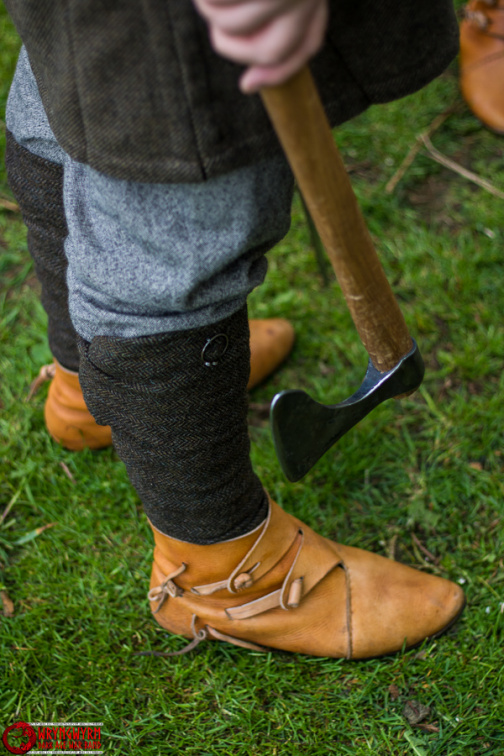 In terms of modern safety requirements, all axes must:

Long axes, requiring two hands to use, are distinct from those that can be used single handed.

Rather than carry an axe in the belt (as many warriors tend to), we would strongly encourage warriors to consider a leather cover for the axehead. After all, having a sharp blade close to the arteries in the legs isn’t a very good idea! Rather than a plain ring suspended from the belt (something of a re-enactorism), we would encourage something which fully covers the edge of the axe - an axe sheath.

First cut a piece of ash of approximately the right size. To fit it, roughly shape the shaft from the bottom upwards, so that the head can be slid into the shaft a little way, but jams. Bang it on with a lump of wood, then off again, and remove any wood which was marked by the head. Repeat for several hours until it is as far up the shaft as you want. For a good fit, use a chisel to carefully shape the last part of the shaft to match the socket exactly, so that the wood above the socket is substantially thicker than that within it, then soak the socket area in linseed oil to make it swell and grip well. Before applying the linseed, sand down the shaft.

Alternatively, an electric plane and sander will give you an axe shaft in an evening.

An Anglo-Saxon huscarl carries a hand axe in the Bayeux Tapestry. 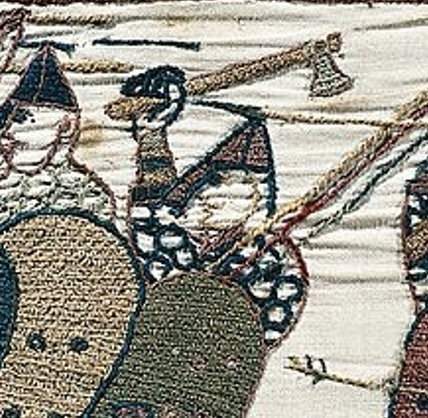 An Anglo-Saxon warrior carries a hand axe in a manuscript illumination from Cotton Cleopatra, an 11th c. manuscript. 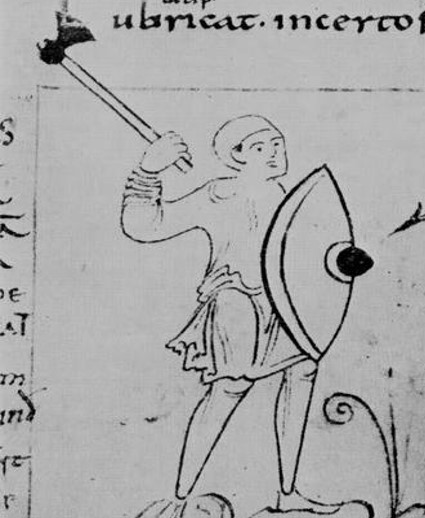 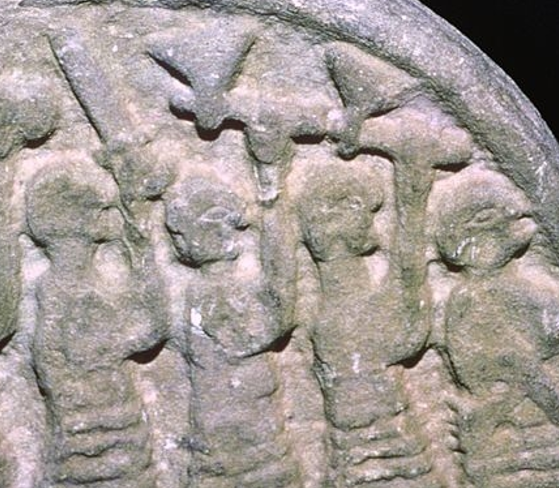 Typology of viking age axeheads, based on Wheeler and Petersen. 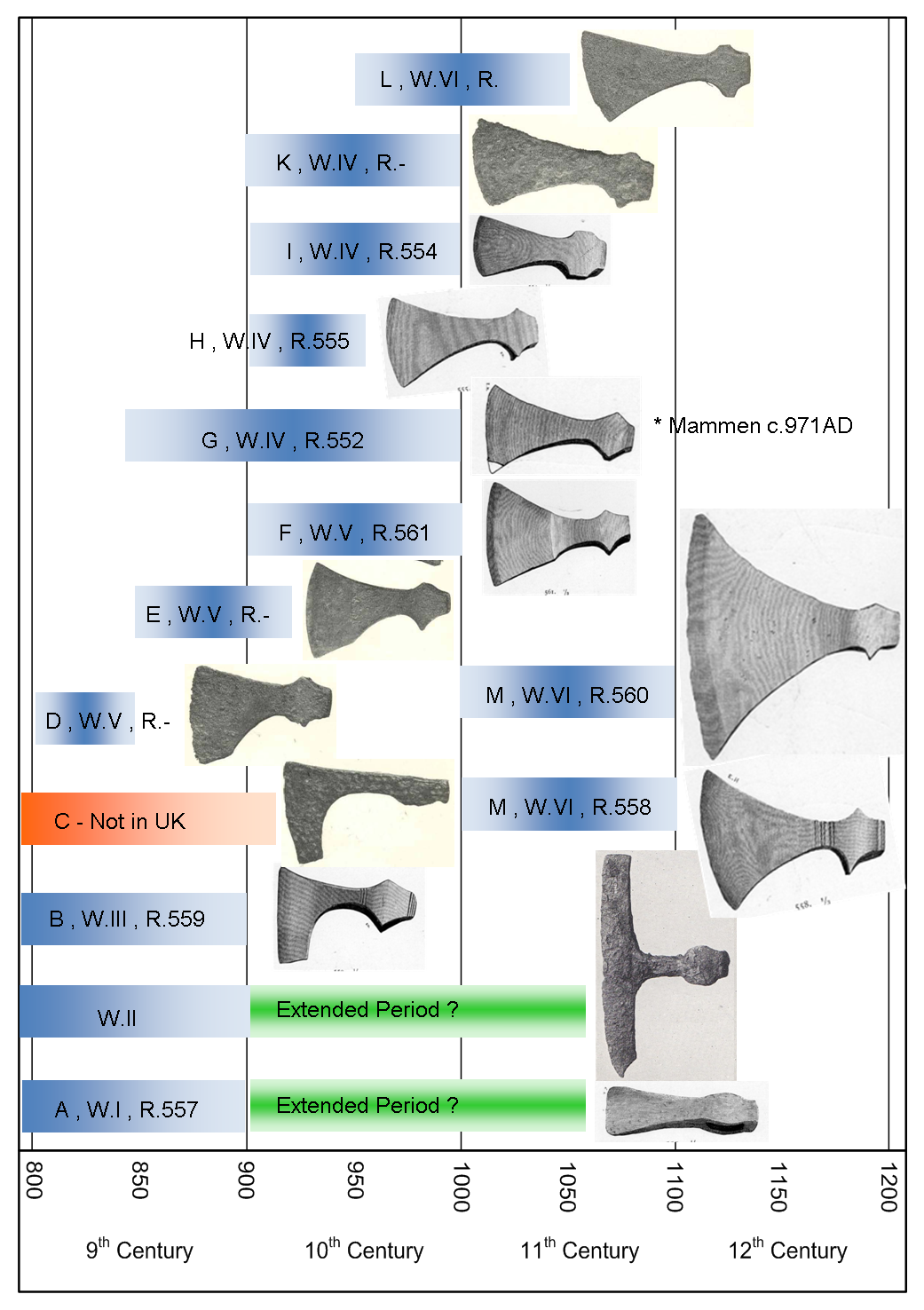 Several types of axehead are found in England: