Distinct from smaller hand axes, two-handed ‘Danish’ axes were characteristic of viking elites and were the trademark weapon of the professional hearth-troops of the eleventh century Anglo-Danish kings – the huscarls. They appear to date from the tenth century onwards, so should not be used at earlier shows. 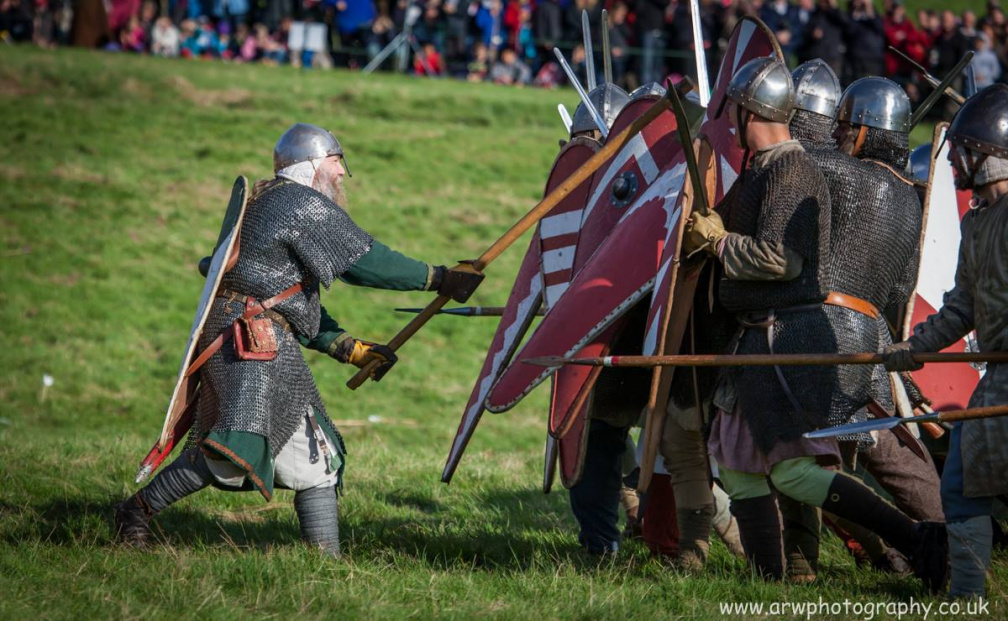 The larger Dane axeheads should be wedge-shaped, with either curving or semi-straight edges. Dane axeheads may be decorated with gold or silver wire inlaid into the axehead.

Long axes in the Sagas

"When Kveldulf came aft to the stern-castle, he brandished high his battle-axe, and smote Hallvard right through helm and head, so that the axe sank in even to the shaft; then he snatched it back towards him so forcibly that he whirled Hallvard aloft, and slung him overboard."

"Steinthor Olafson rushed at him and struck him a blow on the neck just above his shoulders with a great axe, severing his head cleanly".

- The Saga of the People of Laxardal, Chapter 55

Harold Godwineson and huscarls with long axes, from the Bayeux Tapestry. 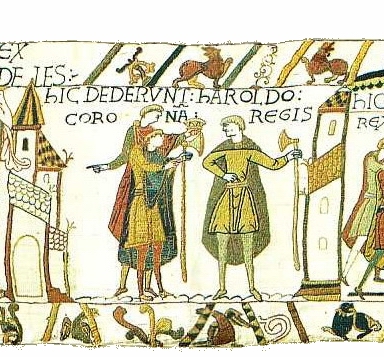 A 10th century Long Axe head found in the River Thames. Now in the British Museum Collection, the blade is 28cm long. 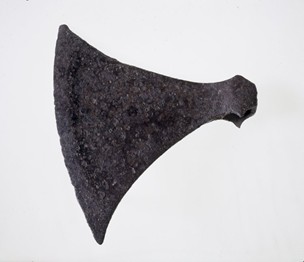